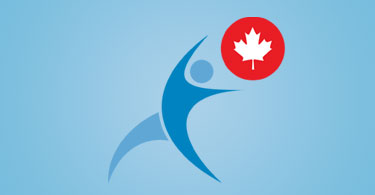 Mr. Kent Davison is a newly-retired professional accountant who enjoyed a lengthy career with PricewaterhouseCoopers, now living in Edmonton. In addition to his strong financial skills, Kent brings with him experience with other non profit organizations; he served as a board member and Treasurer of the Royal Ottawa Hospital Foundation for many years, and also served a two-year term as a governor of the Canadian Tax Foundation.

Mr. Tony Moro is a former member of the Canadian Football League, having played with the Toronto Argonauts and the BC Lions. After retiring from the game, Tony began a 30‑year career at one of Canada’s leading development companies, before co-founding The Moro Group and TMG Builders. Tony has been an ardent supporter and sponsor of the COF’s Bad to the Bone Charity Golf Classic since its inception.

Dr. Monika Volesky is Assistant Professor of Surgery at McGill University, Montreal, and co-director of the McGill Orthopaedic residency Foot and Ankle Rotation and the Foot and Ankle Fellowship. Monika is currently President of the Canadian Orthopaedic Foot and Ankle Society (COFAS) and has previously been involved in the COA nominating and membership committees.

During the AGM, Directors thanked outgoing Director Dr. Bill Dust, who completed his 9th year on the Board (the maximum number, as specified in COF’s by-laws.) In addition to his leadership and governance contributions to the Board, Bill most recently chaired the Medical and Scientific Review Committee, and served on the Foundation’s Audit Committee. He has been a staunch supporter of the Saskatoon Fun Walk, which raises money for national and local orthopaedic programs.

Read more about the new Directors, and the 12 returning Directors of the COF here.