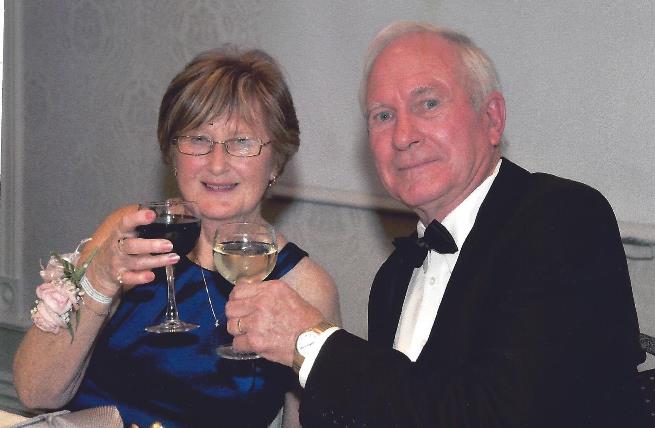 When you first talk to Warren Richter from Pembroke, ON, you would not guess that he has suffered from rheumatoid arthritis for many years, and has had a total of 7 orthopaedic surgeries. This energetic, upbeat man has handled a total hip replacement, plus two revisions, and more with grace and good humour.

Warren says he owes his good health and mobility to his orthopaedic surgeon, Dr. Alan Giachino, now retired. He says, “Because of my surgeon I can ride my bike, grow a large garden, walk, travel and much more.” 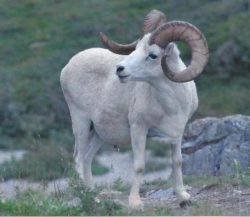 Since his last surgery, travel has played a large part in Warren’s life. He and his wife of 56 years, Norma, have travelled extensively through Mexico, Jamaica, and other parts of the US, and have stayed in all of Canada’s provinces, as well as the Yukon and North West Territories. In 2010, Warren and Norma hiked 15 km up a trail in Denali Park in Alaska, where he stopped to take a photo of a Dall sheep. In recognition of the exceptional care he received, Warren framed the photo and presented it to Dr. Giachino – a very fitting photo location from a man who once had too much pain to walk, never mind hike, 15 km.

Warren was an enthusiastic participant in the COF’s Hip Hip Hooray! event in Ottawa for 10 years. When the program was discontinued, he wondered how he could continue his involvement with the Foundation, and came up with a plan that brought together his accounting skills with his desire to support the COF’s mandate. Since 2009, he has been completing tax filings for his friends and family, and in lieu of charging them for his services, he requests a donation to the COF. To date, he has raised more than $6300 through this project.

The COF is not the only organization to benefit from Warren’s generosity. He and Norma canvass each year for the Canadian Cancer Society throughout their neighbourhood – no small feat in their rural location, where there are great distances between homes. Warren enjoys gardening, and the corn he grows is known as the best corn in the Ottawa Valley. He invites his neighbours to come and pick fresh vegetables from the garden when he is away at harvest time. Neighbours comment that they enjoy meeting new people in the Richters’ garden.

Warren and Norma have three sons: a pilot with West Jet who helps with the Richters’ travel plans; an Agronomist, working for a seed company, who helps with Warren’s garden; and a veterinarian, who looks after the family’s cat.

Warren spent 10 years in the Royal Canadian Navy, then worked for 26 years for Atomic Energy of Canada Ltd. in Chalk River, ON, where he jointly developed and patented a TLD (thermoluminescent dosimeter) reading system for measuring radiation dose. TLD dosimeters are used extensively in labs by technicians that work with radioactive material or machines that produce x-rays.

Now retired, Warren plans to continue to travel, always taking his camera with him. He has taken amazing photos, one of which – of the northern lights in Yellowknife – was used by his travel agent in their brochure. Warren recalls staying in teepees in -40 degree weather in order to see the lights. Staff in the COF office are always delighted when Warren sends photographs from his many trips. Next on Warren’s bucket list is a trip to Nunavut, and to Churchill, to see the polar bears. We look forward to seeing the photos.

Thanks to Warren for sharing the story of his orthopaedic journey and his many travels. Special thanks for his fundraising efforts and for supporting our mandate of enhancing bone and joint health of Canadians.