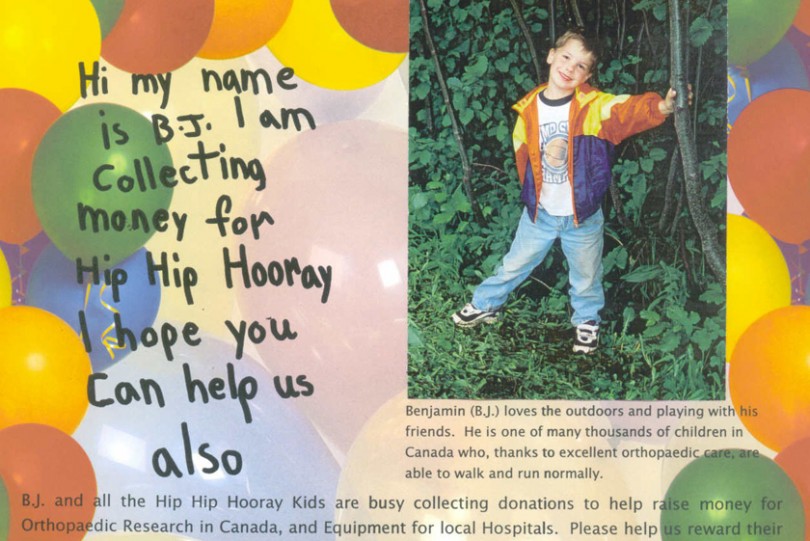 At 9-years-old, Benjamin is a happy veteran of orthopaedic care. Born with congenital club foot on the right side, Benjamin became an orthopaedic patient at just three days old. He was treated with AFO’s (ankle foot orthoses) and KAFO’s (knee/ankle/foot orthoses), and underwent a successful surgery with a posterior release at twelve months performed by Dr. Shafique Pirani of New Westminster, BC. By the time he turned 5, Benjamin had graduated to wearing a splint at night and regular shoes during the day. And today, his parents can’t keep him still: “Without orthopaedic surgery, Benjamin’s abilities would be much different. It’s awesome to see him with his sister and brother doing everything they do – running, bicycling, and swimming, you name it – just a regular kid!”