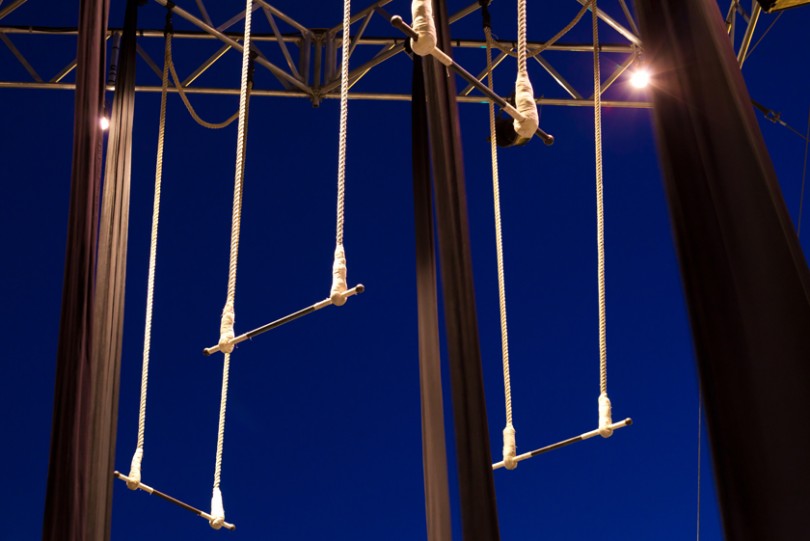 “You Can Do Just About Anything”

It sounds like the dreams of many a young boy – growing up to perform in circus and stunt shows, including high-flying aerial acts.  Even more amazing in this case, the performer has osteogenesis imperfecta (OI), a genetic disorder characterized by bones that break easily.

Because some people who hired him, he says, “won’t be pleased to know I had this condition”, this Ontario performer prefers to keep a lid on his real name.  So let’s call him John, and he has a message for anyone dealing with an orthopaedic condition: “I never let OI limit my life, and never said I couldn’t do something because of it.”

People with OI have a faulty gene that instructs their bodies to make either too little, or a poor quality, of a protein called type 1 collagen.  Collagen is the major protein of the body’s connective tissue, and part of the framework that bones are formed around.

There are different types of OI, and John has the mildest, which meant a risk of fractures (mostly before puberty).  In fact, he broke his collarbone as an infant.  (Some OI children are born with fractures that occurred in the womb.)  Other manifestations include whites of eyes that are tinged blue or grey, and muscle weakness.  More acute forms of OI can include severe bone deformity, small stature, and spinal curvature.

For John, OI has never been an issue, just a part of what has been quite a varied life.  He was once a competitive swimmer (and represented Canada at junior world championships), the head of a circus arts program at a camp, and a nurse, and is now a high school teacher.

John has certainly had his share of physical setbacks, including several broken ribs and fingers, and two knee replacements.  Down the road, osteoporosis is possible, so he maintains an exercise and nutrition regimen.  “I do elliptical and weight training to keep my bone density up, and try to have a fairly balanced diet,” he says.

His positive attitude will surely be valued by his year-old daughter, who also has OI, the mildest form.  She’ll see a specialist annually, and get full body x-rays to determine if she’s growing properly and assess her bone density.  There is no cure, just treatments for symptoms.  For now, she simply has to take calcium and vitamin D supplements.

And when she gets older, John already has some words of wisdom to pass on.  “If you look after yourself,” he says, “you can do just about anything.